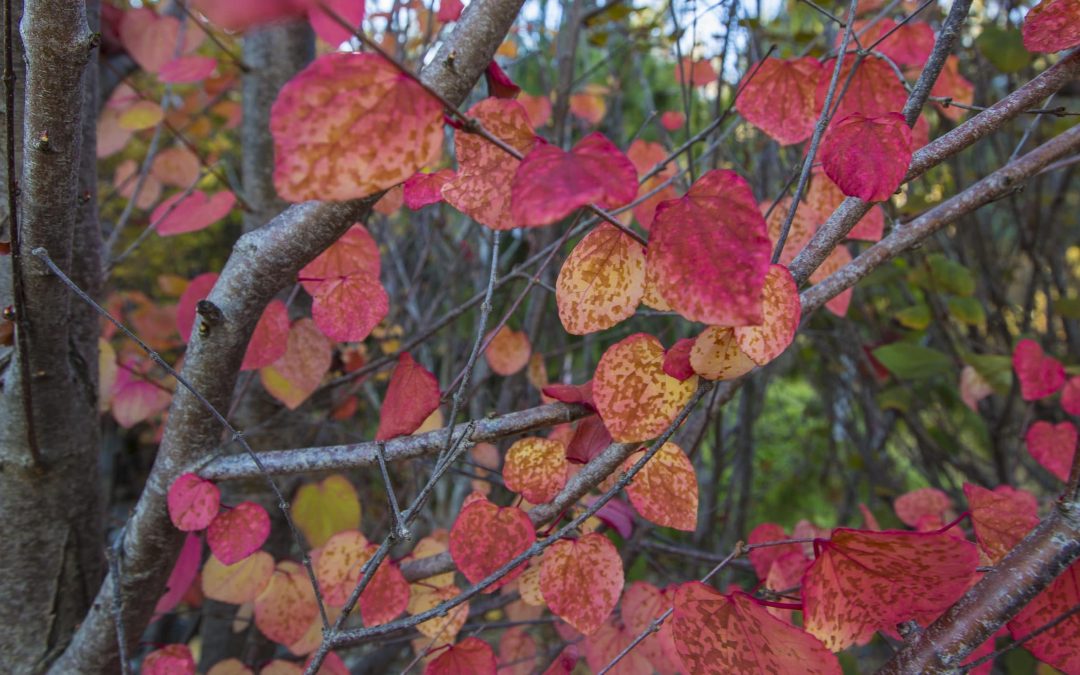 The audience is a little restless as the lights go up. Days get longer, temperature of the soil rises, the first dancers appear and the orchestra begins to play.

Anemones and primroses peek up, small drifts of color swirl across the stage and the perennial concert begins. Hints of themes are developed, a little gold, some rich pink. The first stirrings of sky blue and spikey fill the edges of the garden. Abruptly, clouds of frothy white rockcress, waves of pink and bright red saxifrage, and daffodils by the millions overwhelm the soft beginnings as the first explosive statements of spring are played.

Color and form weave across the domestic spaces, corners that were ignored all winter become sources of brassy light as bounding globeflowers open their handfuls of shiny brilliance. Deep blue pulmonaria coats the ground under them and the Alaska flag colors dominate for a couple of weeks while the Oriental brilliance of the tulip show gets ready to enter.

In early spring to mid-summer, our private and public gardens rock and roll to the beat, swing to the tunes and sweetly sway as the compositions of gardeners fill the visual spaces. And yet, not a seed has germinated. No new lives have begun, none of these players are apprentices.

These are not their first roles. They are returning to play familiar parts. Some are more fully developed with stronger voices and more assured postures, but we know them already. Their welcome returning presence is as reassuring as the whistleable melodies that repeat throughout the symphony.

Sweetly romantic bleeding hearts, quick and wily Icelandic poppies, impetuous and always stalwart Siberian iris and sturdy colorful astilbe are stock characters. They appear in ensembles, perform in duets or trios, occasionally star in leading roles or fill the stage as a chorus. They are as well known to the vast green world audience as the ingénue, the disguised prince, the malicious villain and the trusty sidekick are to fans of dramatic arts.

For hundreds of years, over thousands of miles and in innumerable languages we have composed, played and enjoyed the performances of these, our friends and creations. They are among the truly perennial stars.

The phrase “perennial plants” has come to mean so much in the gardening world, the idea that many plants grow again from the same roots each season is so natural it seems obvious, but it signifies some awareness of the basic divisions of the plant kingdom, a familiarity with cultivated species, a decision to participate in some way with the horticultural acts of gardeners, plants people, nursery folk and even our mothers.

I can recall the first stirrings of the return of the perennials in the late 1950s, gardens then were really all about basic shapes and planes as masses of evergreens were trimmed to compliment simple frameworks and basic spaces. It was a minimalist era, with flower gardens and perennial borders being relegated to historic sites or the yards of the older and older-fashioned.

It was in the early 1970s before the wave of back to nature and the sense of enjoying exuberance washed over the horticultural world. Hardy perennials became the way to garden and the rush was on. It’s hard now to imagine that one could only find plants to buy in nurseries, and that there were not very many of those.

I lived in a town in California about an hour inland from San Francisco, and my family was into gardens like nobody else I knew. My parents would drive for an hour to get to a particular nursery they knew about so they could choose between 30 kinds of roses, other sources closer to home had five. I never saw perennials offered for sale until I was over 18.

Today the sense of floral delight that perennials bring to the gardens and yards is so exciting it fills the atmosphere. Grocery stores, mass merchandisers, mail order and online shopping pour millions of plants into the market, garden club sales, roadside stands and front yard plant sales help to feed the increasingly delighted population of gardeners.

Here in Alaska, where the natural world is almost all perennials, we depend on them to give us the form and the color we love. The whole gardening act is filled with digging up and dividing, of splitting and replanting, of trading or donating starts, root divisions, and baby pieces with our friends and neighbors. New perennials are planted, their growth commented upon and each new spike of bloom or burst of foliage noticed.

The gardening world is filled with perennials, and even here, in remote but sophisticated Juneau, we find the newest, the freshest, and the most delightful.

The concert is beginning. Pick up your baton, tune up your strings, get out your trowel. It’s time to play.